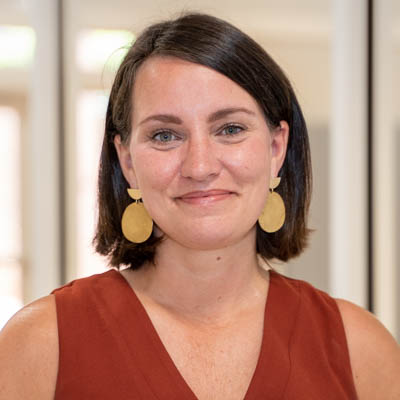 Director of Children's and Youth Music

Kelly Gold joined the staff as the Director of Children’s and Youth Music in June of 2019. Kelly has been a member of White Memorial since 2010 and has been actively involved as a choir member, Sunday School and VBS music leader and accompanist, and a former member of the Diaconate. She began directing what began as the WMPC Middle School Choir in 2012 as a volunteer. This group expanded to include high school students in 2014 and became the WMPC Youth Choir. This group has continued to grow under her leadership, with youth regularly offering anthems for Sunday morning worship and most recently offering a concert for the church and greater community.

Kelly holds a Bachelor of Music in Voice Performance from East Carolina University. She completed her Music K-12 Teaching Licensure at Campbell University and worked in North Carolina Public Schools as a General Music, Chorus, Theater Arts, and Musical Theater teacher for seven years. She has also worked as a private vocal coach, providing instruction for students preparing for collegiate and theatrical auditions. She is a member of the American Choral Directors’ Association, the North Carolina Music Educators’ Association, and the Presbyterian Association of Musicians.

Kelly lives in Raleigh with her husband, Jason and their two children, Wyatt and Eva. She enjoys sunshine, walking the family dogs, listening to an array of musical styles, and cheering on her children in their extracurricular activities.