The Sounds on Oberlin concert series is a musical outreach endeavor of White Memorial Presbyterian Church that seeks to spiritually engage, vitally enrich, musically educate, and gloriously entertain the community through a set of high-quality, wide-reaching musical offerings. We believe that exposure to the unlimited joy of music will lift our spirits to soar above worldly concerns, with the ambition that these concerts will be both a benevolent and transformative experience. 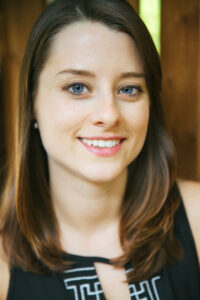 Ariel Pocock is a pianist, singer, and composer. Critics have described her work as having “levels of stylistic and emotional breadth and artistic depth that few of [her] peers can match” (Ottawa Citizen), and have said that she has a “true facility for…sinewy jazz piano [and] breezy, achingly plain-spoken vocal chops…” (Seattle Times).

Born in 1992 to classical pianist parents, Ariel was drawn to jazz piano from an early age. After moving to Seattle at the age of 10, she benefited greatly from the area’s well-known high school jazz education programs and from her piano teacher Michael Stegner.

Ariel received a Stamps Family Scholarship to study jazz piano performance at the Frost School of Music at the University of Miami, where she worked with Martin Bejerano, Shelly Berg, and Gonzalo Rubalcaba. During her sophomore year of college, Ariel recorded her first album, Touchstone, with Larry Grenadier, Julian Lage, Seamus Blake, and Eric Harland. Produced by Matt Pierson, the album was released on Justin Time Records in 2015. She recorded a second album on Justin Time Records: Living in Twilight (2017), with Jim Doxas on drums and Adrian Vedady on bass. Both albums received favorable reviews in Downbeat and Jazz Times, and spent several weeks in the top 10 radio spots on the JazzWeek play charts.

Ariel lives in Hillsborough, North Carolina with her husband Evan Ringel and their dog Joni. In 2021, she began a post-baccalaureate program in the pre-medical sciences, and hopes to matriculate to medical school next year. She plans to continue writing and recording original music throughout her medical training and career.

Before returning to school, Ariel was a jazz piano professor at UNC Greensboro (2017 – 2022) and at East Carolina University Brody School of Music (2019- 2021). Other previous teaching engagements include Brevard Music Center, the Stanford Jazz Festival, the Northeast Jazz and Recording Camp, the Jefferson Jazz Institute, and Russell Lacy Music.

Led by WMPC children’s, youth, and adult choirs assisted by a variety of instrumentalists, attendees will join in singing dozens of treasured and new carols for the seasons of Advent, Christmas, and Epiphany. Designed to be participatory and engaging for all ages, this brief program will be followed by a dinner, also on the WMPC campus. (Instructions to reserve a place at this dinner will be on the WMPC website by December 1st.) The carol sing is divided into three sections: PROPHECY (O come, O Come, Emmanuel) NATIVITY (Gloria in excelsis Deo) and PROCLAMATION (Born is the King of Israel). Reflect by candlelight on the gift of the Christ child; hear the choirs sing; rejoice as together we sing your favorite carols. This is a family event, featuring all the children’s, youth, and adult choirs.

Soprano Rush Dorsett guides listeners on a journey of both great classical arias as well as Broadway and contemporary songs to explore the ageless theme of love through varied lenses of culture, language, genre and time period. Each selection illuminates a piece of the common thread that unites them all.
Pianist: Kirsten Homdrom 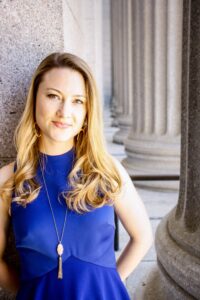 Rush Dorsett is an accomplished soprano singer who specializes in opera, chamber music and contemporary music. She has performed across the U.S. and internationally, including in Canada, Austria, Colombia, Italy, San Francisco, and Spain.

She received her Master degree in Voice from New England Conservatory in Boston, where she held several leading roles in opera productions and premiered several new works for soprano on the main stage. Recently, she has performed with the New Music on the Point Festival, and has sung as soloist with Duke Chapel chamber concerts. She frequently performs at weddings, corporate events, and ceremonies in the NC Triangle. Rush received her B.A. in Psychology and Music from Washington University in St. Louis, and is a certified YogaVoice instructor. In addition to her performance career, Rush is Founder of the online voice studio, EmbodiedVoice Coaching, where she teaches singing and performance for group classes and individualized lessons. She resides in Durham, NC, where she enjoys teaching voice, recording, performing and spending time with her beloved family and community. 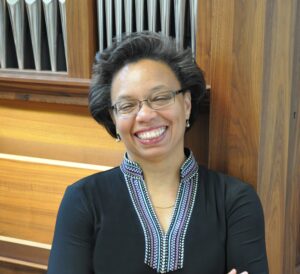 Nicole Keller is in demand as a concert artist, adjudicator, and clinician. She has concertized in the States and abroad in venues such as St. Patrick Cathedral, New York; Cathédrale Notre-Dame, Paris; Dom St. Stephan, Passau; St. Patrick Cathedral, Armagh, Northern Ireland; and The Kazakh National University for the Arts, Astana, Kazakhstan.  Ms. Keller specializes in eclectic programs suited to instrument and audience with a desire to expand the listener’s horizons, pairing familiar sounds and genres with less familiar ones. Her performances with orchestras includes concertos, works for small chamber orchestra, and large works involving organ, harpsichord, and piano. She has extensive experience as a chamber musician and as a continuo player, including many performances of Bach’s St. Matthew and St. John Passions, the Christmas Oratorio, and the Mass in B minor in addition to a host of cantatas and baroque chamber music.

As a teacher, Ms. Keller strives to foster and model a commitment to excellence in performance, scholarship and self-growth as students deepen their love of music and their instrument. Her students have been accepted into and attended prestigious graduate schools throughout the country and enjoy successful musical careers in a variety of settings. She was recently appointed to the faculty of the School of Music, Theatre & Dance at the University of Michigan. Ms. Keller’s work as a church musician includes work in with volunteer and professional choirs and instrumental ensembles devoted to the highest level of music for worship. She has created organ and choral scholar programs at small and mid-size parishes, developed successful children’s choir programs, and has led choirs on tour in the states and abroad including choral residencies at Bristol Cathedral, U.K. and St. Patrick’s Cathedral, Dublin, Ireland.

Ms. Keller received the Performer’s Certificate and the Master of Music Degree in Organ Performance and Literature at the Eastman School of Music in Rochester, New York under the tutelage of David Higgs. While at Eastman, she studied continuo with Arthur Haas and improvisation with Gerre Hancock. She received the Bachelor of Music Degree in Piano Performance from the Baldwin Wallace Conservatory of Music in Berea, Ohio, where she studied piano with George Cherry and Jean Stell and organ with Margaret Scharf.

Please consider making a gift to support Sounds on Oberlin. Any amount is most welcome and appreciated. Your contribution is a meaningful building block to future Sounds on Oberlin concerts.